A team of researchers has shown that a simple blood test to measure bile acids in the blood can provide information about the risk of stillbirth for pregnant women with a common pregnancy-specific liver disorder called intrahepatic cholestasis of pregnancy or ICP.

This recent discovery builds on Sands-funded research by the same team, based at King's College London and Guy's and St Thomas' Foundation Trust.

Professor Catherine Williamson, who led the research, says: "The funding Sands provided to us for a previous study that led to this work found that women who had severe ICP with high bile acids in the blood were more likely to give birth to a stillborn baby.

"This work was very important and allowed us to ask more questions. In this recent study we found out which pregnant women were at the highest risk of stillbirth."

The blood test is already in use but healthcare professionals will now know the threshold above which there is a greater risk of stillbirth.

Another research study that has been part-funded by Sands has revealed that women who develop diabetes in pregnancy, but are not diagnosed, are much more likely to experience stillbirth than women without the condition.

The study compared the symptoms and care of 291 women who experienced a stillbirth to 733 similar women who did not experience a stillbirth across 41 maternity units in England. Researchers found that across all women with high blood sugar, measured after a period of fasting, they had on average twice the risk of stillbirth than women without the condition.

The increased risk was likely to be caused by the missed diagnoses and lack of subsequent care experienced by many of the women, although the results show an association only, and cannot provide certainty about cause and effect. 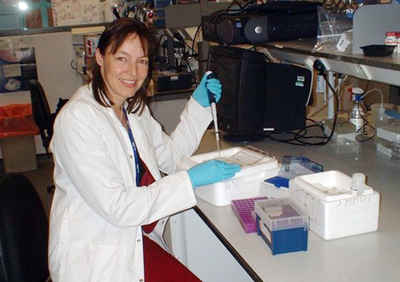